Show them the way to go home. Tired, bed, etc.

No colours today, I've been mostly embarrassing myself as far as colour goes lately. Some new linearts though.

Whaler/harpooner guys! The stance didn't come across quite the way I sketched it, but its close enough that I'm willing to say "sod it".

I didn't make a deliberate effort to have interchangeable parts here, but I can't see any reason why head and leg swaps wouldn't work.

I'm thinking these are hero-types like the swashbuckler/duellist lady, though they're a smidgen light on details for that. Then again, after I tarted them up so as to have three varieties.... they might be ok after all. 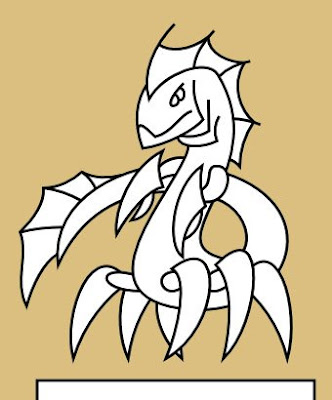 This other fella's a little weird. I'm still testing how to do gribbly monsters in a style identifiably similar to the stick-men. The problem is that heavy abstraction like one-dimensional limbs only really work when the brain knows what it's looking for.

It also didn't help that I had no real design for this critter - just a vague plan of squooshing an eel and a crab otgether. He may well end up being junked, but it's a learning experience at least. (Psst - don't look to closely at the silly crab arms.)

Obviously he goes with the drowned zombies and crab mutants. I was going to call him a brine-spawn, but he doesn't really look mutated enough to be a spawn - more like just a weird species of eel-crab. Moray crab? Congar crab? I don't know. Won't matter unless I end up keeping him I guess.

I'm surprising myself with my discipline, sticking mostly to the sea and sea-mutant theme. I'd have expected to have gotten distracted by now. Well, I tried to be distracted when I made three insane surgeons, but trying to colour those sent me back to the briny.